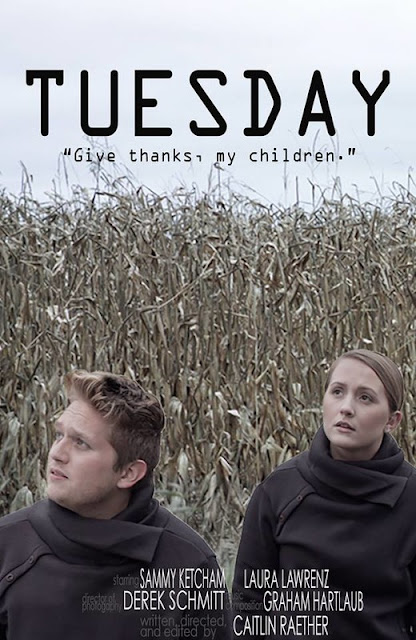 After escaping the compound where they were born and raised, Quinn and Arden return to the farmhouse their mother left. Interacting with things they have never seen before and dealing with the fear of survival, they discover what they mean to each other. 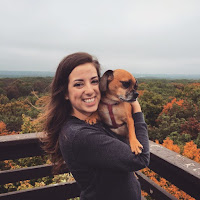 Tuesday is Caitlin Raether’s first film that was written, produced, directed, and edited by her. The short was a Senior Thesis for her BFA in Film/Video at the University of Wisconsin - Milwaukee. Caitlin’s main goal for the story in Tuesday was to show true love between a brother and a sister by acts of liberation and sacrifice. Working in the setting of her small hometown of Shawano Wisconsin, Caitlin included details within the production design that speak of her family. Many of the props and furniture were borrowed or built by family members and the old photos are of her Mother’s family on their farm.

Caitlin had a great team of cast and crew that truly helped make this film a reality. The group really bonded as they worked inside of a cold farmhouse for five days. The entire process was an important learning experience for Caitlin as a filmmaker and also as a person of faith:

“From the very beginning of the process, I gave everything to God and did everything through Him. There were constant and countless moments where His presence and intervention was clearly seen and felt. I learned that through God, anything is really possible, even making a movie. My only hope going forward is His continuing guidance and that those involved can also be witnesses to His greatness”.