I Thought I Told You To Shut Up!! by Charlie Tyrell
Ontario, Canada
Running Time: 13 minutes
From 2015
Documentary 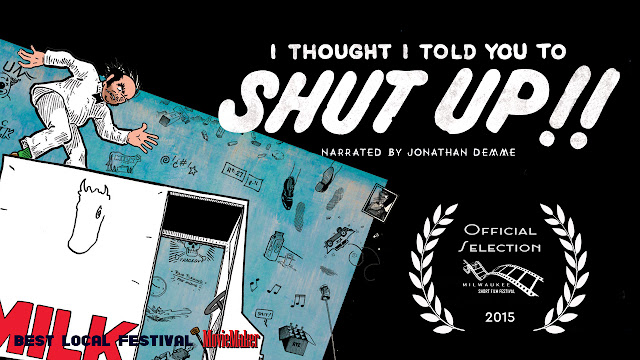 In the late seventies David Boswell created Reid Fleming, the World’s Toughest Milkman, a comic book anti-hero and counter culture icon. By the following decade, Warner Brothers was preparing a Hollywood feature film. Now, over 30 years later, the character is still mired in contractual limbo, or development hell.
Narrated by Academy Award-Winner Jonathan Demme (The Silence of the Lambs, Stop Making Sense), I Thought I Told You To Shut Up!! combines stop motion animations with interviews from Boswell, his Hollywood friends, and fans as they discuss the enduring appeal of the World’s Toughest Milkman.
IMDb
Trailer
Website
Facebook
Twitter
Director's Bio: 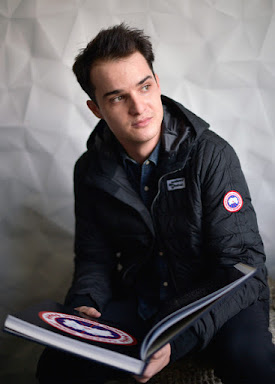 Charlie's work often combines live action footage with stop motion and 2D animation. He also likes skateboarding and swore he would never eat another hot dog until the Blue Jays win the World Series.
Posted by Ross at 8:51 AM No comments: 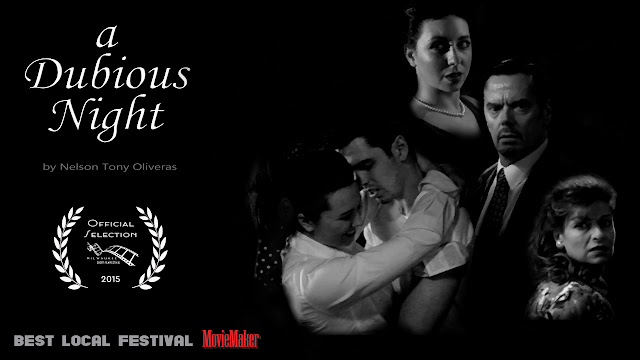 At a local tavern, unhappy citizens share their hopes and dreams and later become aware they have never left their hometown. Which triggers debates and conspiracy theories.
IMDb
Facebook
Director's Bio: 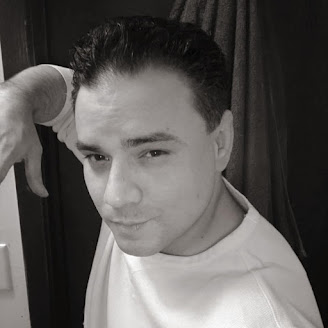 Nelson Oliveras has had an interest in filmmaking since he was very young.He has directed and produced many short films in the past decade.He is currently involved in two local feature film productions and he is looking forward to step back behind the camera to direct his two upcoming short films.
Posted by Ross at 8:27 AM No comments: 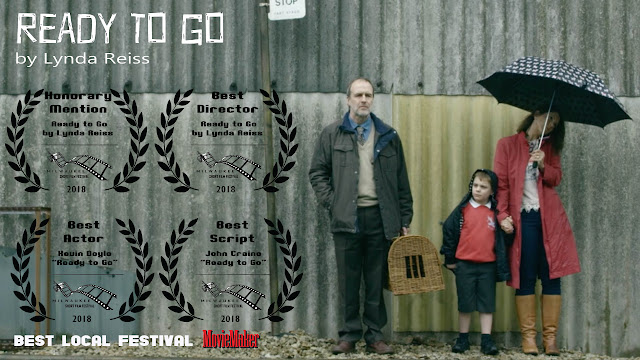 Lance Mitchell is taking his cat to be put down. As he and Missy make their weary way to the vet, Lance is keen to work over the thoughts he has on the subject. Cornering an old woman on the bus, Lance relates a story he's read about a man who, fearing knowledge of impending death, has planned to kill himself impulsively by stashing a handgun in his kitchen cupboard. But you shouldn't believe everything you read in the paper. Having successfully had Missy put to sleep, Lance returns home, makes a cup of tea. A handgun lays next to his ginger snaps. 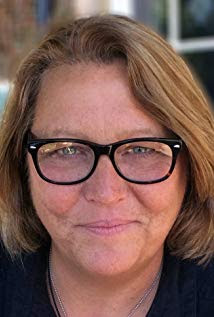 Lynda has worked on film and television in American since 1986. In 2003 She moved to the Isle of Man and opened an American Prop House to facilitate the UK and IOM film industries. She was involved in several visiting productions and also Production Designed several Mannin Shorts projects here on island. She first directed theatre, with a well-received ‘Steel Magnolias’ run on the Isle of Man. Having worked with some legendary directors as Sam Mendes, Gus Van Sant, Norman Jewison, Lynda has had an amazing directorial education and hopes to bring that knowledge to this project. She has worked on such memorable shows as American Beauty, Cruel Intentions, American History X, True Detective and Stranger Things.


Director's Statement:
Next to the director and writer, no one knows the script as well as the Prop Master. We work with story and create back story. We work with the actors, and collaborate closely with every creative department head. It feels to me a smooth natural progression from Prop Master to Director.
Posted by Ross at 10:17 PM No comments: 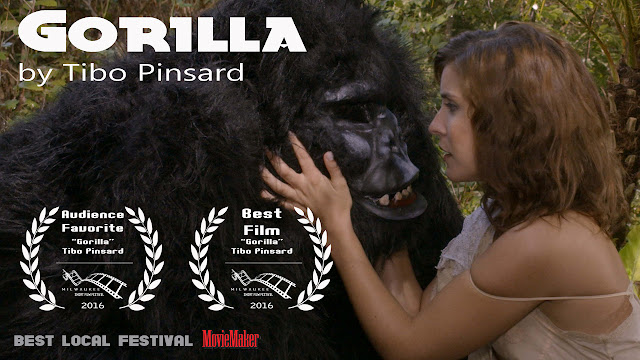 Hollywood, 1947. Henry Corso performs as a costumed gorilla on horror movies and adventure movies. For Jungle Jenna, he must terrorize the leading actress lost in a cardboard jungle scenery. But scaring the woman he desires is going to be particularly tricky for the gorilla man.
WebsiteFacebookTwitter
Director's Bio: 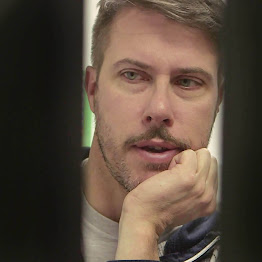 Darrowan Prod co-founder, producer, filmmaker and journalist, Tibo Pinsard discovered art when he went to Dijon Fine Arts School. He was a fellow of very different and well-known artists such as painter Yan Pei-Ming and body artist Orlan. After a couple of years parodying video games with pictures and films, Tibo Pinsard went for fiction in 2008. He wrote and directed "Island", a short film, starring Alysson Paradis, Simon Charasson and Thierry Frémont. The short tackles one of his favorite topics: the lack of communication between people.In 2012 he directed a new fiction, "Le Dernier Voyage d'Emile" (The Last Trip of Emile), a personal tribute to the king of burlesque Buster Keaton. Tibo is also in documentaries, like "La Reine du Meix " (The Queen of Meix) or "The Stooges Guide To Eternity" – produced by Darrowan Prod - on the legendary proto-punk band Iggy Pop founded.
Posted by Ross at 10:08 PM No comments: 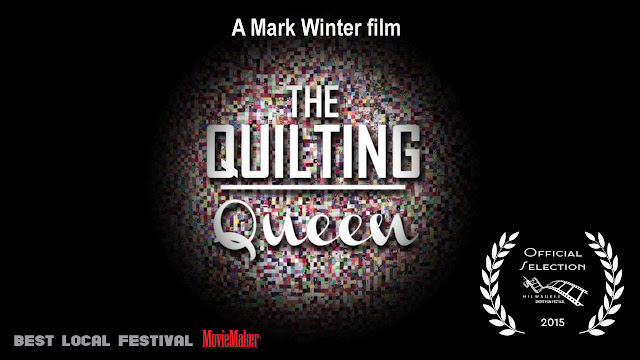 An unexpected artist and their personal journey of self discovery and their race against time.
Director Bio: 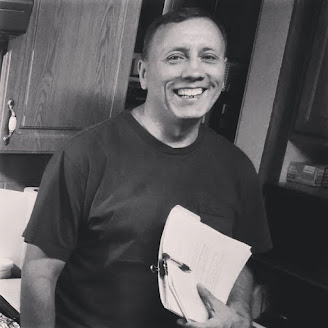 Mark Winter was born and raised on Milwaukee’s south side, and still calls Milwaukee home. After starting and raising a family early in life, Mark decided to pursue his creative aspirations by entering film school at age 46. “The first half of my life, I did what I had to do. The second half of my life, I’m doing what I want to do!”
Director Statement:
Being raised in the Midwest, I developed an eye for the uniqueness of everyday life. My goal as a storyteller is to share a perspective with the audience that they may not have considered on their own.

That’s why the story of “The Quilting Queen” was so attractive to me. It’s more than a story of overcoming obstacles. It’s really about the attitude it takes to live a fulfilled life by being open to recognize and accept it’s opportunities unconditionally.

My goal was to get the audience to acknowledge the stereo types we all carry and hopefully make a self-assessment of how we look at our world around us
Posted by Ross at 9:54 PM No comments: 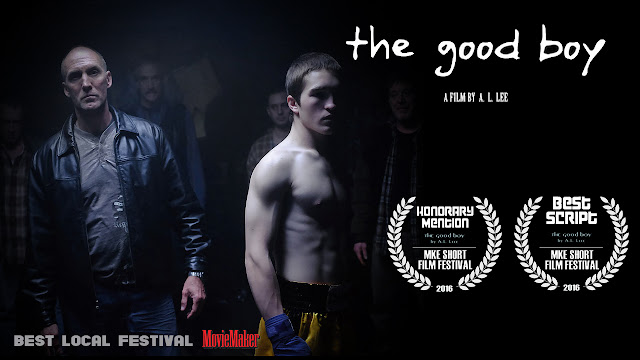 A morality tale, "the good boy" is a film about a young boxer who accepts a challenge to fight a brute of a man only to discover his opponent has the mental capacity of a five year old. This is an unflinching look at what happens when you feel honor bound to doing something you know is morally wrong. "the good boy" is about the decisions we make and living with their consequences.WebsiteFacebookTwitter
Director's Bio: 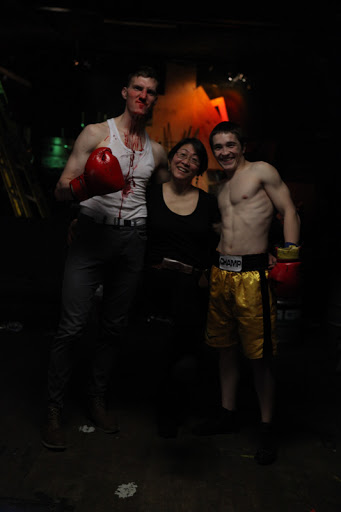 She live in New York City with her husband, two sons and two cats.
Director Statement

I'd been studying the films of Krzysztof Kieslowski (Double Life of Veronique, Dekalog, Blue, White Red) when I was writing "the good boy". Watching those masterpieces, you can't help but think about moral dilemmas. Why do people knowingly decide to do something that they know is morally wrong?

I started to watch my own actions and the actions of my friends. I realized that it's easy for most people to do the right thing if they believe they don't have much at stake. But it's just as easy for people to convince themselves that what's at stake is more than what they're willing to pay. Honor, loyalty, money, religion and even love are used on micro and global levels to justify our actions; even actions we know are morally abhorrent.

For Cal, the young boxer, what's at stake is his deal with Ray. "No losin', no forfeitin'." He feels honor bound to Ray. The stake for Quinny is more tragic because what he wants is the love and respect of his step-father and the patrons of their bar. I wanted to explore the consequence of a room full of people, one after another, deciding to do what they know is morally wrong and how they justify their decisions to themselves. Screenings: 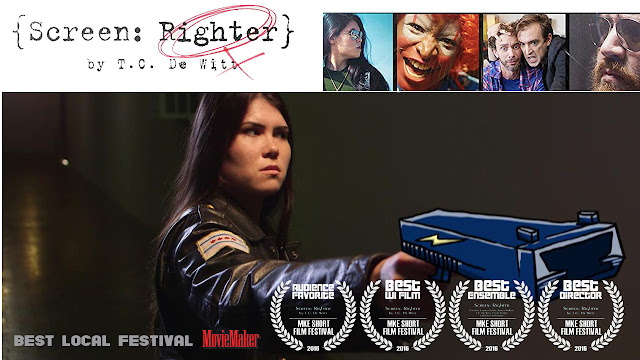 On June 10th, Chad Halvorsen brought together a team of Firmament alum and some new friends for the 2016 Milwaukee 48 Hour film Project. What followed was a weekend of indie romance, Michael Bay hero shots, slow-mo running, and cre-a-tivity!This is "Screen: Righter".Our required elements:Genre - Romance or FableCharacter - Luke or Laura Coppersmith, retired circus performerProp - a painting or photo of a deceased relativeLine of Dialogue - "What's the big idea?"
Director's Bio:
T.C. De Witt is a multi-awarded writer/director/actor originally from Wisconsin and now based in Los Angeles. His life has been devoted to the arts since he was a child. He's been a stage performer, playwright, stand-up comic, film and television actor, radio DJ, published author, recorded musician, and comic writer/illustrator. While beginning his career on the stage as a playwright and stand-up, he eventually moved into screenwriting and film & television production and has been thriving for nearly a decade. His films have screened at numerous festivals around the world garnering many accolades both in the States and internationally. His success include 5 Best Director Awards, 10 Best Picture Winners, 5 Audience Choice Awards, and a trio of Best Writing awards. He regularly offers his skills to several YouTube partners, Production studios in Los Angeles and the Midwest, and has been a script consultant and ghostwriter on over 60 production just in 2017 so far.

He has worked in Los Angeles since 2007, but he always finds his way back to Wisconsin. As a founding member of Firmament Films, a Madison based production company, as well as a co-founder of [REDACTED] Media out of Milwaukee, T.C. knows Wisconsin and the Midwest to be the best source of creativity, dedication, and an underrepresented wellspring of talent for storytelling through film, and he is proud to continue to work out of Milwaukee with [REDACTED] Media and Wisconsin talent.
Posted by Ross at 9:28 PM No comments: