The Stranger (Bai Ling) is walking through the Badlands on a mission, but is briefly stopped by the dirty stinking cowpoke, Dutch Dalton (Dan Katula). He's looking to ambush her and take anything of worth from her, but she outsmarts him and leaves him wounded. From there she makes it to the small town of Rock Ridge, run by the hard fisted saloon owner Taggart (Tom Reed). Once The Stranger steps foot in the saloon and begins asking questions about her father she encounters violence, and silence, that is until Mei (Cyn Dulay) a Chinese saloon girl steps forward with ansers to the mystery. And what the Stranger learns shakes her to her very core, but Taggart will do anything to keep those secrets quiet. Plus Dutch returns looking for payback.
Yellow Hill: The Stranger's Tale is a story of regret, lost time with a parent that's served up with a healthy dose of action and revenge.


Excerpt from Bai Ling's video interview:
What was it about the story that grabbed you?
It's a part of history never told on screen, its something very important because people need to acknowledge and remember that history and those difficulties in life in order to move forward. To appreciate and to be proud of who they are. As a Chinese person I feel responsible, and my with heart as an actress to have the power and voice to tell that story. In the movie I say a line, "I used to be a woman, but a man taught me to be a man". You can see that there is a lot of sadness there. It’s a story about revenge and justice, about life during that time. I relate to The Stranger because I feel myself that I am a Stranger, in a strange land, a strange culture, a strange life. She had an innocent dream and brought to America by her parents, and her father basically sold her. I think, personally to me, that anything that is strange is interesting and intriguing because there is a lot of mystery and a lot of coincidence happening in life, and a lot of beautiful, beautiful surprises. I somehow understand the Stranger's journey as a woman.

Also, she really kicks ass. I'm very proud and very happy to be a producer, this film is going to be amazing. We are going to show you and you will see how facinating it is, its a film, its history, but its fun. A lot of dept, a lot of great characters that you've never seen before. I'm very proud and I want to make it happen! 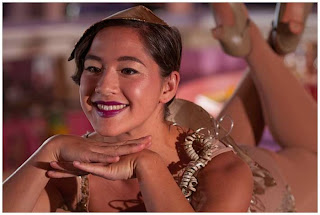 Missed connections become connections made in this romantic comedy based on personal ads. Featuring Busby Berkeley-inspired dancers and a fanciful score from the tomorrows of yesterday, 'Missed Connections' transports viewers to a space where dreams of love come alive!

In the spaceship-shaped 1960s-era supper club 'The Gobbler,' outdoor superstore employee Sandals musters the nerve to ask lovely long-time customer Farmer to dance. Golden Fox reunites with Plant Manager, and this time, it's animal. Appletini, the irrepressible and oft inebriated red-head, captures the hearts and desires of not one, but two police officers. And a car accident turns into a love connection for opposites Car Crash and Hottie on a Bike. 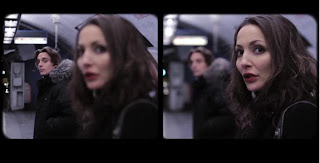 A man and a woman in their mid-thirties. Attractive, single and day-dreamer, they cross each other a million times without ever meeting.

Yet, they are meant to be together. 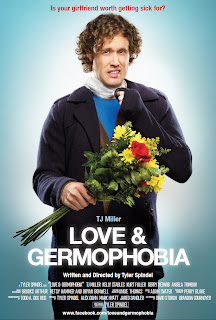 If your girlfriend had the flu, would you still kiss her? What about if she might have viral Meningitis? For David (TJ Miller), the answer is simple. Absolutely not. Unfortunately, David's girlfriend (Kelly Stables) doesn't see it this way.

Love and Germophobia was shot in 2 days in downtown Los Angeles on the RED camera. 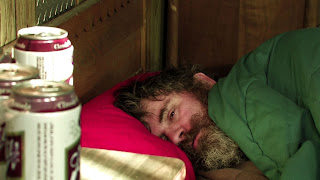 This film is a heartfelt holiday tale with a slightly dark twist.

Charlie seems to be stuck in a drunken rut and nothing is able to shake him from it even his adorable little daughter Sally. When Sally asks for a special present for Christmas the answer she receives isn't what you might expect. What could possibly make Charlie see the light?