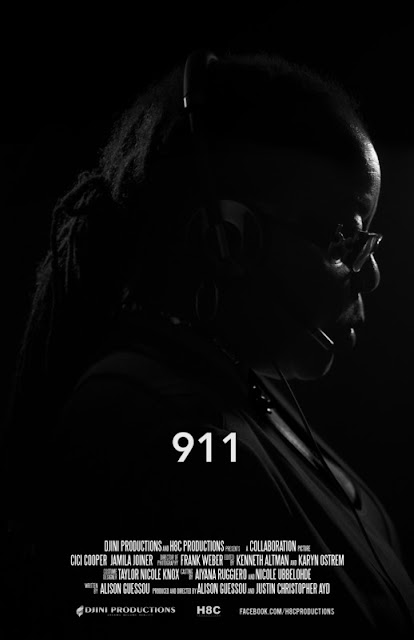 A 911 dispatcher answers a distressed call from a couple stopped for a suspicious car reported.

As a budding filmmaker, Guessou's aim is to tell those stories that are not often told, and to bring to light the characters that we rarely see. Her belief in having diverse perspectives represented behind the camera will add to the narratives of today. Her goal is to develop feature films that bring the experience of our communities to life; not only stories which speak to the concerns of our time, but also provide entertaining stories through diverse casts and crew.

Prior to filmmaking, Guessou worked as a Project Manager for multiple agencies. As a Bachelor's in Business Administration and Master's in Project Management graduate, she is the founder of Djini Productions dedicated to enhancing the dynamics in film production.

The last few years have been difficult ones for black people. With the increased use of social media, we see hurtful images of black people being harmed by the police force. My short film "911" was developed in response to the frustrations of our current times. Whenever a shooting occurred and I would go to social media and read the comments, I would always see statements like "they should have complied with the police officer" or "they should call 911 if they don't feel safe". Yet there are black people who still get harassed when they follow instruction, and in Texas, a young black woman was assaulted by a police officer after she called the 911 line for help.

With all these thoughts in mind, through this film, I also wanted to address potential outcomes in the case where an incident occurred. Exposing viewers to the scenario where in one there was responsive action and one where nothing was done. I do hope that eventually the proper training is established by the police force to curb these deadly incidents so that all communities can experience peace.