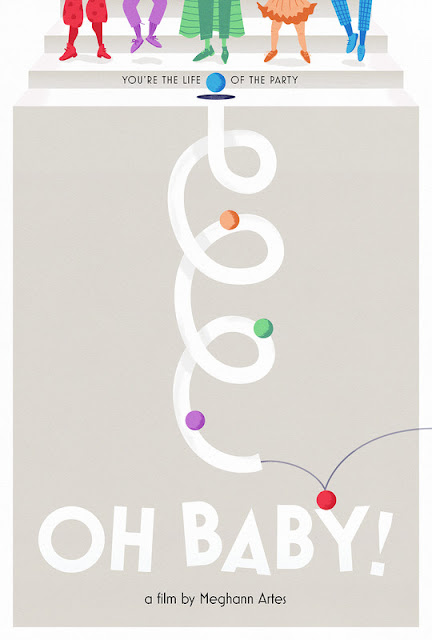 More and more often these days there is as much science as there is miracle in how we all come to be. Oh Baby! is an entertaining and imaginative interpretation of what goes into the making of a human being. Start with a dash of Busby Berkeley dance spectacle, add a pinch of wacky Rube Goldberg engineering, top it off with a sprinkle of serendipity and lo and behold, here comes the little bundle of joy.

This short film uses a mix of live action, stop motion and visual effects to tell its fantastic story. The result is a beautiful world where intricate choreography, a metaphorical machine and a cosmic trip all combine in a feast for the eyes, the ears and the heart. 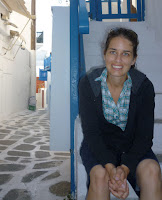 Meghann Artes is an award-winning filmmaker and animator who has worked with Sesame Street, Warner Bros., Nickelodeon, Bix Pix, Nick Jr., and NBC. Her short films have enjoyed success in festivals across the country and, in 2009, her work for Sesame Street was awarded both an Emmy and a Peabody.

Drawing from her small town childhood and her urban career, Meghann's independent works artfully utilize handmade elements and modern techniques. Meghann's whimsical subject matter as well as her use of color and texture draw in audiences of all ages.

Meghann holds an MFA from the Animation Workshop at UCLA and is currently an independent filmmaker and an associate professor at DePaul University in Chicago.

Oh Baby! was “born” from an experience I was going through. My husband and I had tried for years to have a baby with no luck. Around the time when we needed to make a decision as to how to move forward, I took a step back and re-examined why I wanted to have children and what the world I would be bringing them into actually looked like. I saw so much hostility, division, and people judging each other based on their differences rather than celebrating their commonalities. Despite all of this, I felt very strongly that if I was lucky enough to have kids that I would do my best to raise them to be a positive influence on the world that I was seeing.

We ultimately decided to turn to science (IVF) to try and create a family. All of the shots, probes and prodding involved in that process started to make me feel like my body was part of some machine, kind of like the one I created in the film. And all during the process it felt like at any one moment something could go wrong and everything would be for nothing. It really is a miracle any of us make it through that gauntlet!

My previous work has mainly been in stop motion and pixilation, heavily influenced by Jan Svankmajer. But to tell this story I also wanted to expand into live action. I’ve always had an affinity for old Hollywood dance numbers so this project gave me the opportunity to bridge those two influences/interests into what is hopefully a greater whole. I still wanted to bring all of the style, energy and vividness of my previous work so I was sure to enlist all of my favorite collaborators like Director of Photography Scott Thiele, Composer Rob Steel and Art Director/Animator Shawn Spear, among many others.

The film is a combination of all of those experiences and collaborations, the highs and the lows, the triumphs and the losses. It’s also a reminder to myself and hopefully anyone who sees it that we all come from the same place. We are way more connected than we realize and if we can just focus a little more on that and a little less on the differences, maybe we can even solve a few problems along the way.