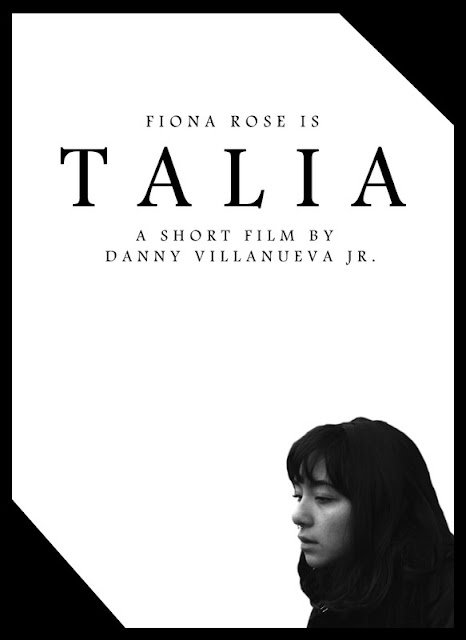 Danny Villanueva Jr. is a Mexican-American film writer/director born on April 6, 1989, in Chicago, IL. He studied Digital Filmmaking/Video Production at the Art Institute of Wisconsin in Milwaukee, WI. In 2012, he launched a horror-themed web channel, How Bizarre, which featured segments such as short films, mini-documentaries on destinations with eerie or haunted history, and bite-sized horror themed cartoons. Danny is currently in production on his first feature-length film, a supernatural drama/horror anthology which is expected for a 2019 release under How Bizarre Pictures.

Talia is me experimenting with a meditative style of cinema that isn't often seen in American film. This short is a character observation about a troubled young woman attempting to emotionally respond to devastating news. I wanted to tell a story in the most simplified way without forcing the audience to feel certain emotions, but rather present the film in a manner that lets them decide how to feel on their own. Let's be a fly on the wall and just observe Talia for 7 minutes.