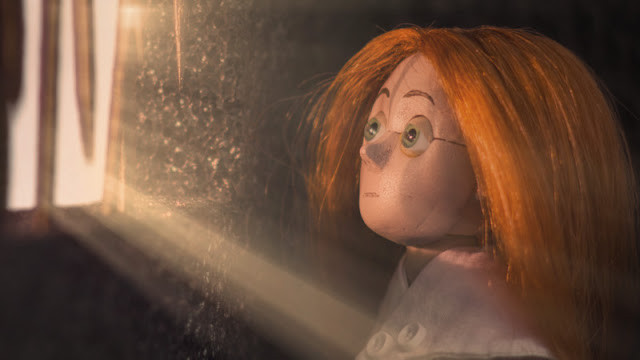 A Woman Apart is a short stop motion animated film about a woman in a small, tight-knit village facing what is to be the last morning of her life. She knows that she can save herself. But at what cost?
A woman watches the sun rise for what she believes will be the last time from a small dungeon window. Outside a horse and wagon arrive and the woman turns to the door as someone enters the dungeon.
The woman and a sheriff ride in the wagon, wordlessly at first. They discuss her predicament and quickly come to an impasse, and they fall back into silence.
They arrive at a lone tree atop a hill and the man beseeches the woman to reconsider. She gives him an answer he doesn't expect and the man doesn't quite know what to make of it.
Trancelike, the man prepares for his official task, and when all is ready he sits quietly for a moment and remembers a scene from a long time ago.


What effect will his reverie have on him?