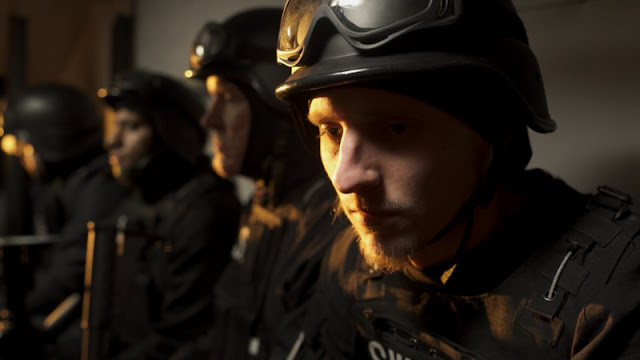 The smallest of actions can have the most significant impact on our lives.

Spencer Ortega is a recent graduate of UW-Milwaukee and currently works as a freelance cinematographer in the Midwest.

Growing up, Ortega loved movies. They were a great magical mystery to him. So great a mystery, that they were too intimidating an endeavor to pursue. Soccer was his main love and a potential career path. However, after going through knee surgery his freshman year of high school, Ortega decided that walking would be more important than playing a few more years of soccer.
He focused on acting and decided it would be wise to take a video production class to learn how everything works behind the camera. He fell in love with shooting and directing and accepted the fact he was only a sub par actor.
Throughout his last two years of high school, he had to shoot bi-weekly short films intermixed with school announcements to be broadcast every other week.. The production value wasn't the greatest, but he was always shooting and gaining valuable experience. He fell in love with the collaboration and creativity of the process.
Throughout college he honed his directing and cinematography skills, but still held on to his love for bizarre stories and creative spontaneity.