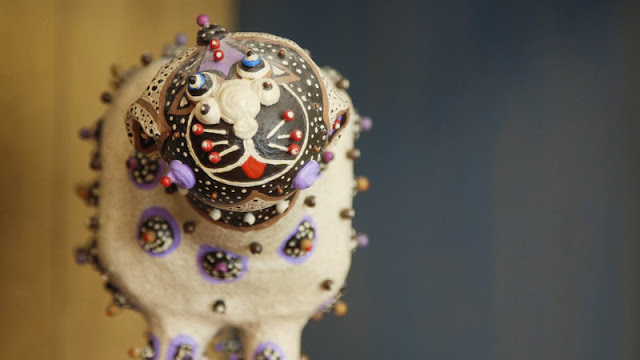 At 73-years-old, D.J. Sheskin dreams of seeing his art in MoMa before he dies. This short piece explores the artist's body of work, his dreams, and his general outlook on being an artist.

Emily Sheskin is a director who, most recently was featured in Vimeo’s 10 Groundbreaking Women in Film to Watch in 2017. Her short films have been featured at festivals across the United States and abroad, such as but not limited to HotDocs, Big Sky, and the Tacoma Film Festival.

Most recently, her short film Traces (co-directed with Veena Rao) explored concerns around genetic surveillance and premiered online in Aeon Magazine. From there, it was featured in National Geographic and The Atlantic, and went on to play as an official selection in the 2016 Hampton’s International Film Festival. Before Traces, her film Damon at 86th Street premiered online in The Atlantic and was featured in FACT, Complex, Gothamist, and more. When Emily isn’t directing independent films, she is directing commercials for brands such as Audible, American Express, Fisher-Price, and more.
Emily is also an editor who has worked on award-winning films (Watchers of the Sky, Sundance 2014), TV specials (HBO’s East of Main Street) and advertising campaigns.
She holds a BFA from NYU's Tisch School of the Arts and is a member of New York Women in Film & Television, The Film Shop, and IFP. You can learn more about her at emilysheskin.com.

Director's Statement
This was a really personal project for me, as I was featuring my dad and his art. As an artist myself, I found through the making of this documentary that we share similar frustrations as well as lofty goals. I hope this piece will speak to anyone who has held on to their dreams despite a potentially bumpy road getting there.