What would you do if you thought the worst?
Instagram
Interview
Director's Bio: 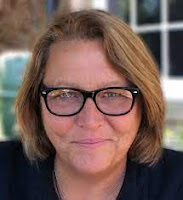 Lynda Reiss has worked on film and television in American since 1986. In 2003 She moved to the Isle of Man and opened an American Prop House to facilitate the UK and IOM film industries. She was involved in several visiting productions and also Production Designed several Mannin Shorts projects here on island.
She first directed theatre, with a well-received ‘Steel Magnolias’ run on the Isle of Man. Having worked with some legendary directors as Sam Mendes, Gus Van Sant, Norman Jewison, Lynda has had an amazing directorial education and hopes to bring that knowledge to this project. She has worked on such memorable shows as American Beauty, Cruel Intentions, American History X, True Detective and Stranger Things.