Bass Reeves, is the first African-American to be deputized by the U.S. Marshal service. His wife, Nellie Jennie Reeves, tries to persuade Bass not to leave for his own safety, but Bass argues that it’s the best job he can get to keep a roof over his family’s head.

When Bass charges into the desert, he engages in a shootout with two outlaws, Maha and Glen Huddleston, also African-American. Bass kills Maha in the gunfight, and arrests Glen, ordering him to carry Maha’s body across the desert back to Fort Smith.

Over the course of their journey, Glen questions Bass’ choice of career and tries to psych Bass out in an unorthodox attempt at escape, a tactic that works as Bass begins to question his own mind in regards to the idea of justice and choosing to fight for a law and a country that may never fight for him. 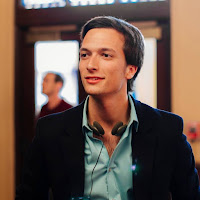 Matthew Gentile is a Los Angeles-based writer and director. His AFI thesis film, Frontman, won the 2016 Student Emmy for Best Directing from the Television Academy Foundation, as well as the Dolby + Vizio Vision Award at AFI Fest. Frontman went on to play over fifty film festivals around the world, winning a dozen prizes.

Off the strength of the film, Matthew was selected to direct a short film, Heart of Sword, through the Kyoto Filmmakers Lab and Toei Studios in Kyoto, Japan. The short aired on Japan's largest broadcaster, NHK, and screened at the Artemis Women in Action Film Festival.

Last year, Matthew was hired to come back to AFI as an alum to direct a second thesis film, Lawman. Starring Lance Reddick (The Wire), Tory Kittles (Colony), and Erica Tazel (Justified); Lawman has played over 30 festivals to date including the Oscar-qualifying LA Shorts Fest, Bermuda, Woodstock, SCAD Savannah, and many more. It also won the Grand Jury Prize at the March on Washington Film Festival, and Best Student Short at the DC Black Film Festival and San Francisco Black Film Festival.