Hell hath no fury like an older woman scorned
An ageing actress summons the spirit of Lady Macbeth in order to win the part in an upcoming production. The actress, Margot Collins, played Lady Macbeth to great acclaiming her youth. Now in her fifties, she is largely forgotten, struggling for auditions, let alone parts. But when a theatre company announces its intention to stage Macbeth, Margot is determined to land the eponymous role once more ...
At the auditions it is a younger actress, Chloe, who commands the attention of the director, Richard, but he remembers Margot's inspirational performance and agrees to hear her read. It soon becomes clear, however, that Margot has no chance of starring opposite Brad, a hot TV star, twenty years her junior - and is instead offered the art of one of the witches...
But one should never underestimate the spirit of the play to conjure black magic, to summon mishaps and mischief, nor the power of a formidable older woman to get what she wants ... 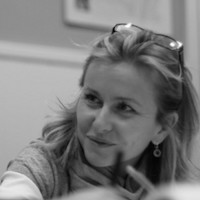 Tammy Riley-Smith is an award-winning writer-director.
She started her career in the mid 90’s as Development Executive at Working Title Films, working on a slate of films, including Elizabeth, Bean and Plunkett & Macleane.
She wrote and directed Ain’t Misbehavin’, which won the Kodak Short Film Prize, screened at 11 international film festivals including Cannes and was released theatrically with The Dish.
She won WFTV’s Directing Change Award in 2003 and worked as Trainee Director to John Madden on Proof, starring Gwyneth Paltrow and Anthony Hopkins.
Tammy’s debut feature film, Delicious, starring Louise Brealey and Sheila Hancock, premiered in competition at Busan International Film Festival and, after a successful festival run, secured an international release in 2014.
She is currently attached to direct her second feature, The Phoenix, a UK/Australian co-production, produced by Jane Wright and Jane Hawley (Counterpoint).

Director's Statement:
Numerous studies in recent years have revealed the depressing extent of gender inequality in the film, television and theatre industries, and the woeful prospects for actresses over 40. The few actresses who do find work after middle age tend to play mothers, wives, spinsters or decrepit hags. Meryl Streep, one of those few older actresses still permitted to access interesting roles, recently revealed that she was offered the part of a witch three times in the space of a year.
Lady M, a film about the trials of an ageing actress to secure a relevant role, isn't just a great script, but a metaphor for an underrepresented demographic. Margot’s experience of the world is unpredictable, unresponsive and not always benevolent, one that many older women might identify with. The ability to control one’s environment or the ravages of time seem impossible. In other narratives Margot may have been portrayed as a victim to be pitied, a self-deluded tragic character or a nuisance to be ignored. Here, however, Margot refuses to be beaten. She is a force of nature with a burning ambition to succeed and, like Shakespeare’s iconic heroine, Lady Macbeth, she summons the strength and will to control and shape her own future.
Traditionally in stories, strong, ambitious women have got their comeuppance or fallen apart, but Margot is here literally to steal the show – and in doing so challenges society’s view of older women and what they can be. The experiences of women past middle age, which are so complex, so multi faceted and relevant must no longer be erased from the art form. The stories of these generations of women are a crucial part of the fabric of our Society, of our cultural legacy - and must be told.