After recently being released from prison, Daniella learns that her little sister has been abused at the hands of her stepfather and has to decide if her duty to protect her sister is more important than freedom.
Instagram
Director Bio: 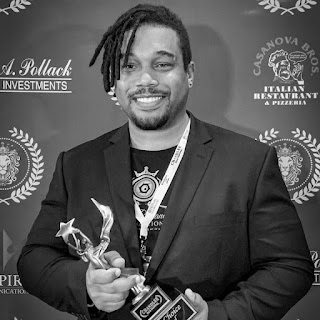 Hisonni Mustafa is a Guyanese American filmmaker from the most segregated city in America, Milwaukee, WI. Hisonni creates films that depict the protagonist's perilous journey toward being loved, financially secure, and discovering their significance in this world. Consequently, Hisonni has been selected as a featured filmmaker in Oscar Winner John Ridley’s, Filmmakers With No Boundaries showcase, won Best Director at the American Black Film Festival, the HBO feature film competition at MVAAFF, and became a semi-finalist for Gemstones Rising Storyteller Search.
Since 2013 Hisonni has written, directed, shot, edited, produced, and crowdsourced a dozen award-winning projects. Hisonni's feature films and shorts earned awards from over 100 festivals, including Cinequest, Hollyshorts, and Urbanworld. Hisonni's shorts/web series have gained over six million views online and award nominations from LA Webfest, The VH1 Streamy Awards, Marseille Webfest, The IAWTV awards, and Marvel's Stan Lee. In 2020, Hisonni's independently produced film Take Out Girl has received awards from The Bentonville Film Festival, Dances With Films, Ashland Independent, Cinequest, and Indie Memphis.
Director Statement

This film is for my little sister, who I love with all my heart. - Hisonni Mustafa

A message from Lizette Hunter, EP

I'm Lizette Hunter, an actress, and filmmaker. I'm proud to present a project I've written, produced, and am the lead actress in, entitled Hermanita or Little Sister. Our film is based on a true story about a damaged family, their secrets, and the unwavering loyalty sisters have for one another.

The thought of people seeing this film and taking something away from it makes the early call times and late rehearsals worthwhile. As a full-time working mother of two, being away from them for any amount of time is difficult, but being able to show my children that there is no expiration date on following your dreams is invaluable. I hope you enjoy our film.
Posted by Ross at 9:45 PM