When Finn and Sam meet to celebrate the life of Lily - Sam’s dead wife – a Freudian slip by Finn creates an awkward moment that Sam initially brushes off as a mistake that even Lily would appreciate. But the comment haunts Sam and he needles Finn for the truth over an evening of darts and drinks until the two reach a breaking point in their friendship.
Twitter
Director Bio: 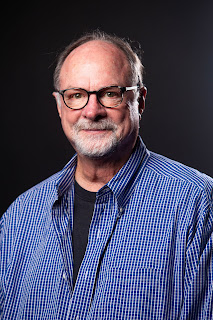 Growing up in Wisconsin, Tim was a Cub Scout, Boy Scout and Explorer. He helped organize a train trip to the National Scout Ranch in Philmont, New Mexico. The next logical step was Special Forces. In 1968, he joined the Army, went to Jump School, became a Green Beret and spent a year in Vietnam as a sergeant with the 173rd Airborne Brigade.

Upon his discharge, he attended the University of Wisconsin in Madison for a BA in English and Theatre, and a BS in Secondary Ed. While there, he landed his first paid acting gig—he was cast in six radio dramas at WHA, the campus PBS station. He also acted in a play with classmate Jane (“Malcolm in the Middle”) Kaczmarek.

He decided to pursue an MFA in Acting. He chose to go to Southern Methodist University, where they offered him a full scholarship and a T.A. position. Besides, he always wanted to be a “Methodist” actor. While in Dallas, he performed with the Dallas Shakespeare Festival, got his Actors’ Equity card doing a dinner theater tour, and his SAG-AFTRA card when he was cast as a guest star in several episodes of “Dallas,” including three of the most watched TV episodes in history.

In 1981, he moved to New York where he acted Off-off-Broadway and in bit parts in multiple TV shows and films. He was accepted by acting guru Sanford Meisner for his private two-year program at the Neighborhood Playhouse.

The same week he was notified of good news from Mr. Meisner, he got a letter from the Directors Guild of America regarding an application and testing process he had begun six months earlier. The DGA was inviting him to join their two-year Training Program, which would ultimately lead to membership as an Assistant Director. He accepted the offer from the DGA. He knew he made the right choice when, on his first day on the job as a DGA Trainee, he was assigned to a movie starring Katherine Hepburn and Nick Nolte, directed by Tony Harvey.

Over the course of 34 years in production—7 in NY, 23 in LA and 4 in Atlanta—he has worked with about one hundred directors, including Marty Scorsese, Night Shyamalan, Martha Coolidge, Barnet Kellman, Harold Ramis, Shawn Levy and Carl Reiner. The scores of actors he has enjoyed working with include Meryl Streep (twice), Robert DeNiro, Gene Hackman (twice), Christopher Lloyd (twice), Bruce Willis, Jason Momoa, Samuel L. Jackson, Marlee Matlin and Jeff Bridges. He will not list the actors he did not enjoy working with.

Tim got the opportunity to direct prime time when he worked on “Charmed” (Aaron Spelling/WB Network) for five seasons as an AD. He successfully ended his “below-the-line” career when he worked as the Unit Production Manager on the first two seasons of “Stranger Things” (Netflix). Matt and Ross Duffer were nominated both years for DGA Best Directing Awards, and as such, the DGA also recognized Tim as the UPM and the Assistant Directors for their contributions as part of the directorial team. Due to the success of the show, he was invited to join the Producers Guild of America.

Now back in Wisconsin, Tim is focusing on “above-the-line” opportunities in writing, producing and directing. “Cricket” is the first film produced by his new company, Spring Lake International, llc.
Director Statement
When I was an undergrad at the University of Wisconsin in Madison, one of the perks of living on campus was the plethora of film clubs available. Any night of the week, you could see a film for a buck. And I did. The classics (Citizen Kane, Casablanca), the comedies (the Marx Brothers, Abbott & Costello, W.C. Fields, Keaton, Capra), Wilder, Hitchcock, John Ford, Kubrick, Kurosawa, the Italians and the French. And on and on. The notion of being dubbed an “enfant terrible” by Cahiers du Cinema seemed like a worthy goal.

But, everyone makes their own way, and my way took me more towards theatre than film. I went to SMU in Dallas to get my MFA in Acting. I made my living at it briefly—enough to get into SAG, AFTRA and Equity. But when I moved to New York, other opportunities arose. I was accepted into the Directors Guild of America’s two year training program for Assistant Directors. So, my way took me to film and TV production.

In 34 years of seventy hour work weeks, I was an assistant director for over a hundred film and TV directors, some famous, most not. I ended my below-the-line career by working for Netflix for two years as the Unit Production Manager on the first two seasons of Stranger Things. Then my wife and I moved to our house in beautiful rural Wisconsin.

While I was no longer in the market for AD/UPM jobs, I saw this as an opportune time to explore the possibilities of filmmaking, i.e. writing/producing/directing, in my area near Appleton. Pre-Covid (boy, that seems like a long time ago), kismet led me to a new friend, writer Jim Berg. Jim had had a very good sale of a script to Paramount some years ago. As is often the case, the check didn’t bounce, but neither did the film get made. At the time I met him, he was teaching screenwriting at Lawrence University.

We had lunch. We had mutual interests. He had a feature length script that was quite good, and he asked me to direct. After discussing the intricacies and difficulties of getting an indie feature made in today’s market, we decided on doing a short version, to be used as a fine entertainment on its own, but also to be used as a sizzle reel. It had a strong story, great characters and excellent potential.

My first call was to my old friend Ross Bigley, who became our producer and our boots on the ground in Milwaukee, where we shot it. We could not have made this movie without Ross’s enormous help. Ross assembled a truly excellent crew, including D.P. Jon Kline, and mixer and editor Chad Halvorsen. The results speak for themselves—it’s a beautifully shot film, with top-notch sound, and every crew member and musician had a hand in making it so.
And last but certainly not least—the cast. A special shout-out to Jaimelyn Gray for her extraordinary help in guiding us all through the audition process (this was during Covid, remember) and once cast, Zoom rehearsals for over a year! And the actors, Tim Higgins and Max Williamson—remarkable work from both, they made the movie. I’m reminded of a simple piece of advice Marty Scorsese once gave me—“It starts with a great script, but then—it’s all about the casting.”

So, my adventures in filmmaking in Wisconsin have begun. I’m wondering if there’s an age limit on being dubbed “un enfant terrible.”