A woman wants to search the internet for her soul mate, and invites a friend over to help her choose.
Director Bio: 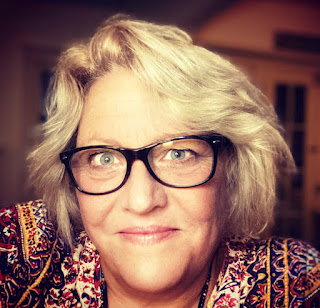 Lynda Reiss is an award-winning director whose character driven films explore the darker parts of the human condition, with a levity from the humor in her voice. Born in New York and raised in the UK, she has travelled the world, been a nanny for the super-rich, a Prop House owner, as well as having had a successful career as a Property Master on projects such as American Beauty, True Detective and Stranger Things. When this work could no longer satisfy her creative soul, she decided to follow her dream and directed her first film. This short, Ready to Go won 27 awards on the festival circuit, and was Oscar qualified for 2020. Lynda is a fellow of the Sony Diverse Directors Program. She is in development on two feature films, and a limited series, which she has written. Her second short, Lancaster Park is currently on its festival run, already having won several awards, and this is her third short, Perfect Match.
Irrepressible and hilarious, Lynda is who you want to be working alongside when you are shooting in some alley at three in the morning, completing the day and having fun doing it.

Director Statement
I made this film as a celebration of what happens when you meet great collaborators at film festivals. The writer, and the two actresses all met at various festivals prior to covid and have stayed great friends and collaborate on each others projects. I also wanted the exercise of making a 6 minute conversation with two people sitting on a couch entertaining to watch, that I could keep the entire physical production cast and crew to under ten people (we were 8 in the end) and to use only practical lights. I am really happy with how it turned out.