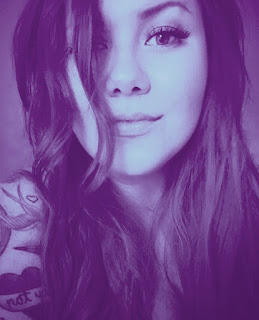 Amber Rose McNeill is an Australian film director and appropriated media artist based in Wisconsin. Her work focuses on societal attitudes towards violence, dark psychology and challenging normative concepts of sexuality. Amber Rose frequently examines the relationship that media and popular culture play in the consumption of violence within western society. Her current projects serve to rework traditional structures within the horror genre to further queer narratives in addition to creating more films made via the female, and gender queer, lens.
Director Statement
I wanted to make a provocative film that examined the way we consume violence for entertainment in such a normalized manner. I had recently started working with appropriated media, and this concept lent itself perfectly to the medium. By using select clips from horror movie trailers, 1980s TV commercials, sexualized imagery, interviews with serial killers and original text, I was able to create a growing sense of unease that aims to make the viewer reconsider their relationship with violent media. I fashioned together a bootleg film that’s very nature comments on the exploitation of violence, particularly violence against women, that exists as the sexualized storytelling structure in much of mainstream cinema.
Posted by Ross at 11:26 AM