A revolutionary message for women everywhere to break the binds of their patriarchal overlords, dispel the myth of greed and take what is rightfully theirs. 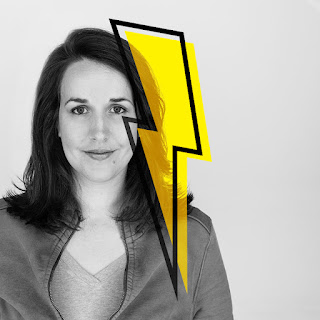 Amber Danger Johnson was born in the wilds of Minnesota where she learned the survival skill of telling a very good story.
She honed her craft of storytelling through film at a small film program in Moorhead, MN where she had the freedom to experiment and run wild with both film and video technology.

Through the years she has made a living creating corporate video content for a number of Fortune 500 companies around Minnesota while sharpening her skills as a filmmaker on her own projects.

Her last short film, Lady Lillian, has screened at over 30 festivals all over the world; winning 7 awards for Best of Show and Best Comedy Short Film.

She is excited to bring her latest work, GREED, to screens all over the world.
Director Statement

GREED was initially conceived for the Twin Cities Horror Fest's Seven Deadly Sins Fundraiser. Seven contributing artists were assigned one of the 7 deadly sins. When Amber began working with the idea of greed, she turned inward and looked at how greed has shown up in her life. Realizing it was often an accusation used to "keep her in her place" she began to research and think about how the concept of greed has been used to hold women back, keep them repressed and away from their power.
So, she thought, "What if?".
What if women actually were greedy, what if they took everything they wanted and did what they pleased. It would be beautiful delicious chaos and the leader of this revolution would be the greatest villain that ever lived.

With nods to Dionysus, The Wyoming Incident, Grimm's fairytales, industrialized beef processing and the African goddess Oya, GREED creates a true horror story for every man who has benefited from the injustice of women's inequality.
Posted by Ross at 5:31 PM