Eric Von was a veteran journalist and is considered as a Milwaukee radio host icon. He hosted Precious Lives, a 100 part radio series about youth and gun violence in Milwaukee that aired on WUWM 89.7 FM. He was a political commentator and community advocate who was a wonderful friend and mentor to many. Many believe he was "Milwaukee's voice of reason, compassion, and anger all rolled into one." With over 25 years of broadcast experience he was also a regular panelist on Wisconsin Public Television’s, “Interchange,” a groundbreaking public affairs program. Eric lived with a chronic heart condition and it inspired him to start Brain, Brawn, and Body, a wellness website for African Americans. Eric Von passed in 2016 from his condition and this film is a tribute to the work and dedication he put into building a better Milwaukee community.
Eric Von Bio
Director's Bios: 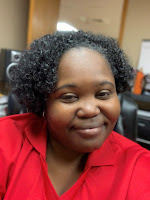 LaShondra Scott is a visionary leader on a mission to change the conditions, mindsets and attitudes of community residents through transformative and mission-driven films, television shows, podcasts and new media. LaShondra, a production executive for over 15 years, has produced, edited and directed television programing, documentaries, video and radio content that has been broadcasted on a variety of outlets including, MPTV, radio 1290 WMCS and cable outlets. Scott, President and CEO of Neo Soul Productions also creates inspiring videos for business, organizations and non-profits. LaShondra’s keen interest in her community and an intense desire to change the conditions so many of her fellow citizens experience, help her focus her eye on films that make a difference. She is a human-centric storyteller with a deep understanding of human emotions, motivations, and psychology which allows her to create and edit films and other forms of media that truly move audiences. With God’s guidance, she seeks to completely transform the mindsets and attitudes of individuals as well as provide a sense of direction and purpose for all.

For the last eight years the focus of Colin Sytsma’s work has been documentary filmmaking that contributes to the universal good and conservation of our world. Originally trained as an experimental storyteller and cinematographer at the University of Wisconsin Milwaukee Peck School of the Arts his work has been shown on PBS, Al Jazeera, and in film festivals around the world. Colin co-directed the feature documentary From Mass to the Mountain(2016), a story of one man’s journey of protecting rainforest and freshwater sheds in a neglected Eastern Panama. Right now Colin is the director of photography on the film When Claude Got Shot, an ITVS funded feature film following a horrific gun violence incident and its aftermath. Previous to the two feature films Colin produced Wisconsin’s Mining Standoff for the television show Fault Lines on Al Jazeera America and Al Jazeera English. Colin is also a board member of the newly created Freeland Film Festival, which is based around the concept of a world free of human and wildlife trafficking. Currently he is directing a documentary film series based on the great ape trafficking research and investigations of Daniel Stiles. Colin’s vision is to create intimate and impactful storytelling that evokes empathy and incubates change for the greater good of the world.
Posted by Ross at 8:58 AM