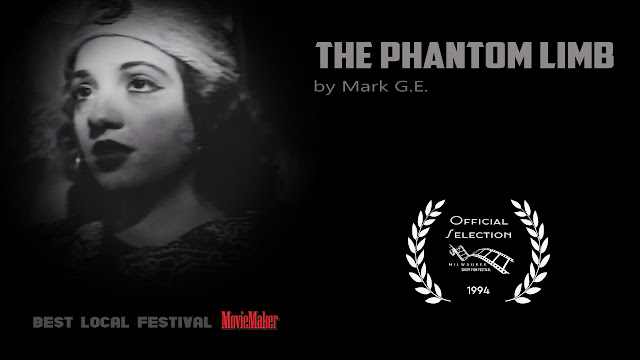 The Phantom Limb was the very first film screened at the festival in 1994.
Phantom Limb the noir tale of a man who, after committing murder, cuts off his arm only to find himself finding it harder to tell what is real and what is imagined. Original soundtrack by John Kruth.
Director's Bio: 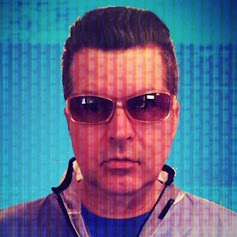 At twelve years old, Mark G. E. got his first camera and has been making movies ever since. Tending to work in the short film genre, Mark has always been intrigued by tales of irony. His style is at times romanticized German expressionism (Fritz Lang, Carl Theodore Dreyer) & American noir (Orson Welles), usually coming from a conceptual art approach. To date Mark has made over 300 movies.

Visually, Mark is inspired by films from the twenties and early thirties such as Vampyre, Pandoras Box and Battleship Potemkin, "because they show the strings." His writing interests have always been along the lines of Poe, Gorey, Grimm, Kafka and Serling. Though, much of his taste may be on the dark side, he has always maintained a love of the absurdly witty. His interest in the human condition led him to obtaining a Ph.D. in Psychology.

"I am most intrigued by the strangely beautiful. In works like Dark House, Visual Catalog and The Unfortunate Gift, I have spent the last few years exploring the lyricism in suffering," says Mark, "It seems that through holding close the darkness of the human condition, one can discover the hope that exists therein."
Posted by Ross at 5:22 PM