2020 Best Of Covid Edition Film: Charlie and the Empty Factories 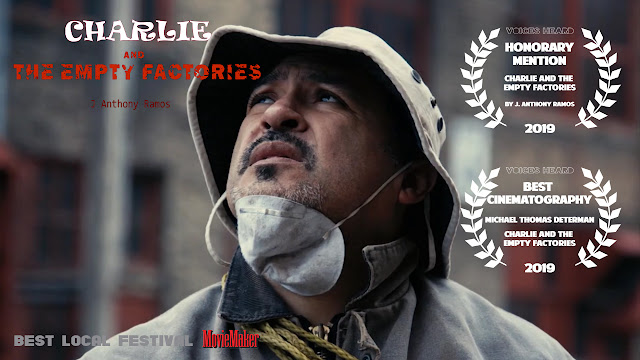 Charlie never bought into that, The World is Ending crap, was never afraid of it, but then it did end, he survived, and it suuuuucks.

Instagram
Director's Bio:
J. Anthony Ramos (you can call him “Tony”) was born and raised in Southeastern WI. He is an actor, writer, and director who enjoys all film genres, Sci-Fi and Horror in particular. He looks forward to continuing to grow as a storyteller.

Having a conversation about the end of world as we know it, I mentioned to my friend, that if it ever did go down, I’d hope I would go quick, and not survive whatever cataclysm ended all civilization. He asked me why, and I told him that because with my luck, I'd be the only one to survive and that would suck. I also added that instead of being grateful to have survived, I’d most likely be a very angry, bitter person, who'd probably turn a little crazy with no one around to talk to. This conversation created Charlie in, Charlie and the Empty Factories.
Posted by Ross at 1:59 PM