The Milwaukee Independent Film Society (MIFS) established the Pace-setter Award nine years ago to bestow upon persons that are dedicated to advancing filmmaking in Wisconsin. This year we honor the festival organizers of the Milwaukee Twisted Dreams Film Festival, Stephen Milek and Christopher House. Going into their third season they have provided a shot in the arm in the local film community, and far more importantly they uncovered and helped stop fraudulent festivals from scamming local filmmakers. 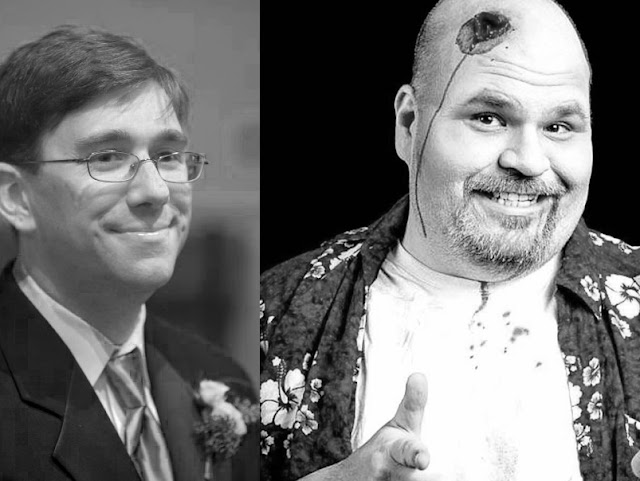 Steve is a lover of all movies from classic silent films to modern big budget action films. Growing up in New York watching films were a way to pass the time. While in pharmacy school in Boston his passion really grew and became more diverse. After moving to Milwaukee in 2001 he spent more time watching and learning about films. In 2010 he started his first blog where he watched every Oscar Best Picture winning film in chronological order. In 2012 he teamed up with Christopher House to start Milwaukee Movie Talk. It became a place for film fans not only from Milwaukee but around the world to discuss films while also highlighting films, filmmakers, and events from Milwaukee. After realizing there wasn’t a festival to cater to horror fans in Milwaukee Chris and Steve again teamed up to start the Milwaukee Twisted Dreams Film Festival in 2016. While not native to Milwaukee he has learned there is a lot going on in the Milwaukee film scene and wants to help it grow and become more known.

A Milwaukee native, Chris is a film buff with an eclectic taste from horror to romantic comedy. From the big budget to indie films, he is a true cinephile. Chris co-founded the blog Milwaukee Movie Talk, one of the earliest film blogs in Milwaukee hoping to stir conversation in the film community. In 2015, Chris and partner Stephen Milek decided Milwaukee needed a genre film festival and the Milwaukee Twisted Dreams Film Festival was born. After a very successful 2 year run at the Underground Collaborative, the duo decided to move the fest to a new home and in 2018 will be at the Times Cinema in Milwaukee. When using online resources to solicit films, they found it was home to many scams and scam artists taking advantage of indie filmmakers who only want their films seen. They researched for over a year and a half the seedy side of the film fest industry and exposed some major scams, effectively shutting hem down in their tracks. Chris and Steve will continue to help educate film makers on this side of the film industry. The Twisted Dreams brand will continue to grow and, Chris hopes one day to see it and Milwaukee become a destination for fans and filmmakers alike.
Posted by Ross at 7:55 AM